ALZEC VISION CIC provides a range of charitable initiatives that benefit directly to the community through various training programs with a drop-in session where refreshment and free tea and coffee. During the drop-in sessions, training programs in various sessions that are therapeutic are with many other creative activities such as inspiring talks on information sharing on health promotion, Art and Craft, Job search, Self-employment, Healthy living , Exercises, building self-confidence, engaging in the community, promote equality and diversity, reduce discrimination and foster understanding between minority groups and others.

Based on these realities on the ground, Alzec Vision CIC “Bringing Communities Together to Learn New Skills and to Empower Themselves” which is the new extension of its services in the West Midland in Wolverhampton contributed funds will be used to help disadvantaged young people with a new skill on various activities of choice. Our research on the ground has shown that people who take part in therapeutic and self-sufficient programs acquire the basic knowledge and experience that will enable self-support and self-help themselves and promote independence.

Our mission is twofold:

In pursuit of this mission and the above vision, the following are the objectives of Alzec Vision (CIC):

To collaborate with the active country-based, regional organizations in areas of shared interest

Biography of the Founder & CEO,

The organisation was founded by Alvine Dongmo-Noumey, an inspirational, charismatic, motivational and hardworking woman, with a vision for empowering and transforming the lives and status of disadvantaged people in the UK and throughout the world.

Alvine NOUMEY, from a black and ethnic minority background and has encountered and experienced some of the challenges faced by most of the people, passion and desire; coupled with the practical experience and the education to lead the organisation.. She also represents a confident, successful and inspired role model women in the community Alzec Vision is currently working on assembling a powerful and talented directors which will directly reflect aspirations and serve our clients in the organisation’s.  Come to UK in 2007, Based on her own experience and voluntary work with a charity based in Cardiff, Wolverhampton in the UK which was specialising on empowering Refugees, Migrants in promoting and inspiring them to increase their self-empowerment, self-help and self-believe. In 2013, she sets her own voluntary organisation Migrant Empowerment Group.

In 2016 she start-up ALZEC VISION CIC, her inspiring and natural skills led her to become an inspirational & motivated Speaker and Coaching. The vision of her work is aiming to bring communities together and those from marginal and disadvantage groups such as Asylum Seekers, Refugees, Migrants and homeless within the UK by facilitating their integration and insertion within the UK’s society. People described her as a woman with a high self-confidence and an inspiring in the UK and International level. As a result of this, she was invited by the Former Prime Minister, David Cameron in 10 Downing Street, at Westminster in London, in March 2016 for the Easter Celebration in which government’s officials met with inspiring leaders to discuss social issues that the UK society faces in any field. She was also invited in the Parliament in October 2016 to talk about her life journey because she was awarded from National Federation of ALMOs for the Best Portrait- Photography Award.

2007-2012 Achieved in Adult Literacy and Numeracy (Math) and Level 3 Diploma in Access to Higher Education.

Alvine Noumey also has several years of experience in leadership roles in Cameroon. She founded Alzec Foundation in Cameroon/Africa to prevented and relief of poverty (or financial hardship) anywhere in Africa by providing grants, items and services to individuals in need and/or assisting in the provision of education, training, healthcare projects and all necessary support designed to enable individuals and communities to generate a sustainable income and become self-sufficient.

Develop links between schools, colleges, HEI’s and communities in the UK designed at sharing good practice, expertise, valued resources, transfer knowledge and capacity and to safeguard of children, young people, teachers and parents in Africa.

To act as a resources for young people by providing advice and assistance and organising programmes of physical, educational and other activities to advance their lives, develop their skills, capacities and capabilities to enable them to participate in society as independent, and responsible individuals. 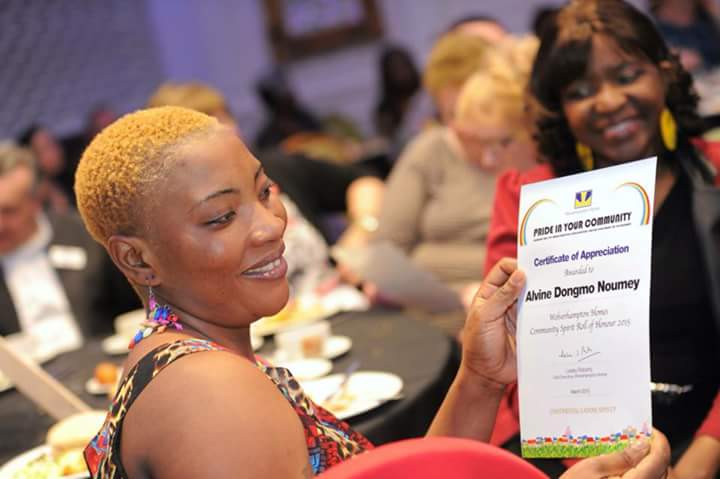 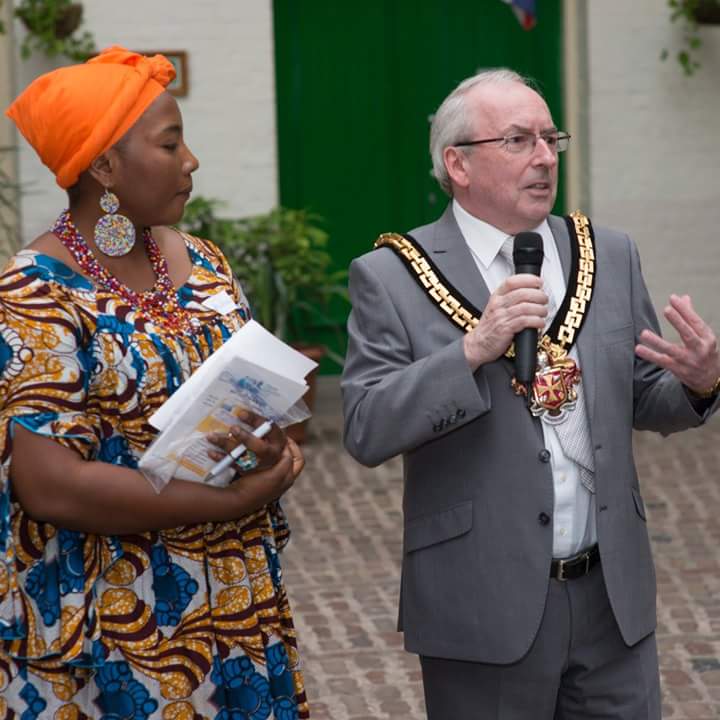 AV is aware of the fact that no single organisation working in isolation can hope to reduce the incidence of crime, injustice, discrimination, and tackle the underlying causes of poverty, domestic violence/ abuse by itself. AV believes in the strength of working together to achieve a common goal through diversity. In this regard, AV will work in a proactive way with partners/ stakeholders and competitors, to jointly meet our target for the community, while maintaining our diversity and uniqueness. AV will work with: